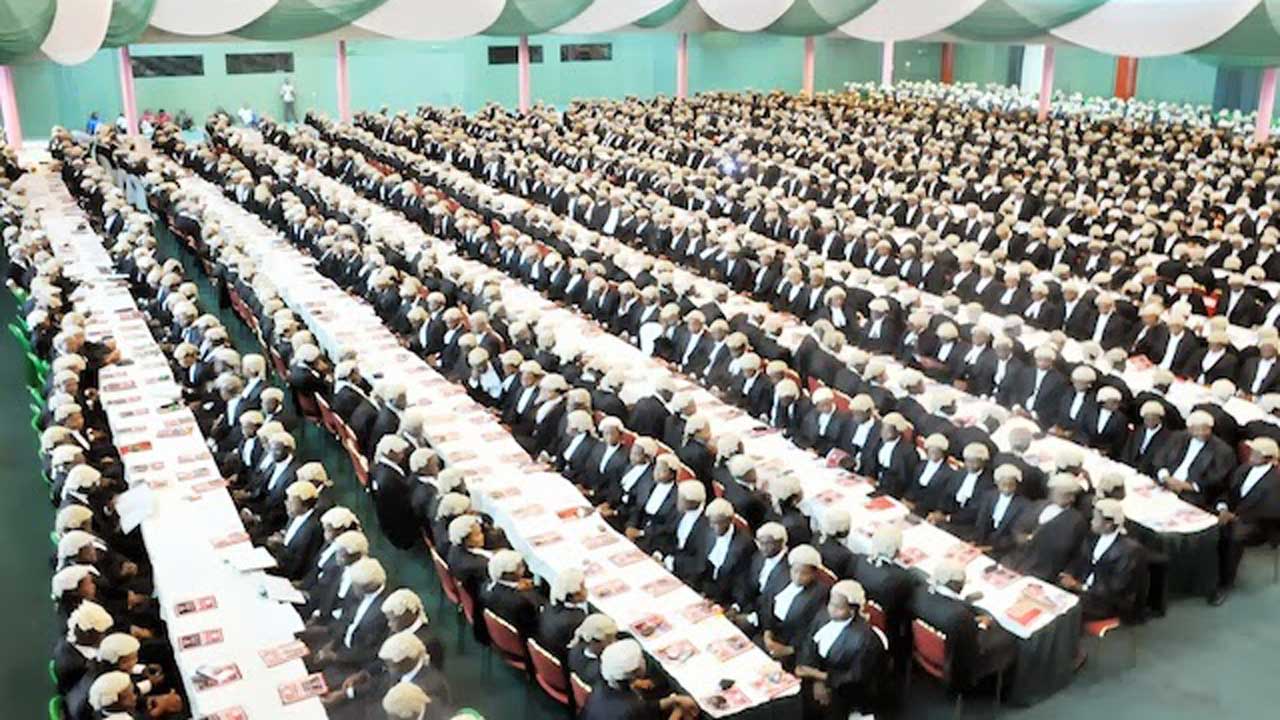 Our association should be concerned with members welfare, rule of law’SHUAIB ALARAN

I think a lot of people have been debarred the opportunity of attending the conference.

It looks to me that certain cabals, who actually want to restrict the attendance of the conference to only the moneybags, have hijacked our noble association.

It will interest you to know that the registration fee for members who are just between 1 to 5 years is N80, 000, which is the least.

Members who are 20 years and above are to pay N300, 000, while the SANs will pay N500, 000, apart from the practicing fees and the branch dues already paid by these members. To me, this is purely exploitative, to say the least.

The executive members of the association did not take into cognizance, the economic realities in Nigeria before fixing these exorbitant fees.

We should also bear in mind that lawyers’ incomes are very irregular.

In all of these, my dream NBA is that which will be concerned at all times with the welfare of its members; an association that will ensure that there is absolute compliance with the rule of law.

A body, which will be the mouthpiece of the downtrodden in the fight against corruption!

What I observed is that almost everybody is contesting for one position or the other in the NBA for his or her selfish interest, to make money for themselves in particular, among other benefits.

If I have any expectation, it is that other lawyers, especially the young ones should set up an alternative association like many organs of governance in this country. The association has had its cradle steadily desecrated.

The only rationale for being a member and being called one is to pay Practice Fee.

Those have been astronomical by your years of supposed practice at the bar.

So we pay, not because we believe the funds are judiciously utilized but because we would want to practice.

The entire processes of the last elections were a ruse.

If the banking sector has produced BVN, why can’t all lawyers be automatically recognised and businesses of the NBA conducted online?

The NBA has been unable to maintain any justifiable fight nor championed one to a logical conclusion.

We cannot even fight for the bench nor improved judicial processes. The NBA definitely requires a total makeover, now, more than ever before!

‘The Bar should re-engineer itself’

We look forward to a period of happy reunion, in spite of the challenges our country is going through at the moment.

Moving forward, one hopes, that the Bar will re-engineer itself ready and able to play our role as a vibrant and dependable bull work in the defence of the rule of law, democracy and democratic norms, especially now, that major elections are around the corner.

I believe this can be done while ensuring the sustainability and growth of our profession, both as a business and social service!

There is no alternative to rule of law, except anarchy.

The rule of law must be obeyed. I want the NBA to look at the issue of rule of law for the love of the nation.

People are looking forward to the NBA to be at the vanguard of the rule of law and due process.

Aside that, the Bar should come forward as a unified body, irrespective of the grievances surrounding the election of Mr. Paul Usoro (SAN).

It is an internal democracy, now that people have spoken that Usoro should lead for the two years, they should bury the agitation and give all necessary support to the newly elected officers.

I am looking forward to a vibrant NBA and not a dormant one. I also want to see NBA confronting the excesses of the executives.

NBA should return back to the days of Alao Aka Bashorun whose regime, NBA was able to confront and challenge the executive excesses and lawlessness.

Even though it was military regime, the Aka Bashorun executives were able to champion them because of the truth and justice not to talk of democracy.
‘The Bar is asleep, they need to bring it back’

In the past three years, some of us are no longer looking forward to the annual general conference, because of the way it is been conducted.

I did not get a single material last year in Lagos and they said they gave us one Ipad that the battery does not last up to 10 minutes.

To activate it, you go through hardship, visit Airtel office and at the end of the day, nobody is using it.

The Bar is asleep, they need to bring the Bar back. It is not what it used to be. Bringing people to Abuja to just talk is not the NBA.

So, that enthusiasm is no longer there to attend the conference. We need the NBA that will pose a confidence.

We must reshape the organisation before we can now attend the conference.

I have been attending conference every year but the past three years now, have not been there. We need the NBA that will speak.

Lawyers are being harassed, beating here and there. We don’t want NBA that will be attachment to government.

We want an NBA that would be independent body, a normal pressure group.

We want an NBA that will make sure that the rule of law prevails in the country.

That was what NBA was in the era of Alao Aka Bashorun. We want it to be back and up and give us hope.

We want NBA that would be proud of its leadership. When we get that, the enthusiasm will be back and we will attend the conferences.

Many people will not attend this year’s because of the administration of previous conferences.
‘Integrity should be watchword for NBA’

NBA conference is the gathering of highest number of lawyers in Africa.

It is a forum where lawyers in all sphere of legal practice meet to deliberate on issues of law, the development of the legal profession and the challenges therein.

I expect this year’s conference to focus on how the profession will be more developed in terms of dispensation of justice with a view to addressing the issues of the forthcoming general election in the country.

The members of the body should distinct themselves from being used by politicians who want to achieve their goals at all cost.

The body should ensure that the right persons become the leaders of the necessary units of government.

The body should discourage delay of cases in court and rather fast track cases. Integrity should be the watchword of members of NBA across the globe.

The 58th NBA Annual conference commenced in Abuja on Sunday with about 10, 000 lawyers, the biggest gathering in Africa